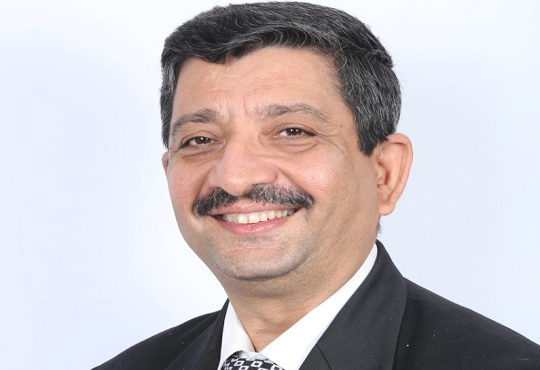 Kersi Tavadia, CIO, BSE, in an interaction with Sudhakar Singh, Editor, CIOReviewIndia, shares his views on the paradigm shift which capital markets are undergoing, and how BSE is leading the change.

How has the capital market transformed in the recent past in terms of new technology adoption? How do you see the change happening in the way capital markets operate?

Capital market is one of the first industries to adopt new technologies. Any new emerging technology generally gets adopted first in the BFSI segment. It is the first consumer of any new technology finding its application the market. With time, BSE in particular has transformed itself into the technology leader. We are rated amongst the thought leaders in technology. We can absorb and implement the new technologies with ease. Adoption wise, BSE is at the forefront of adopting all the new technologies that are relevant and make business sense for us.

How is BSE driving the transformation and how is it making the process of trading more efficient?

It is actually a journey. At BSE, the entire IT transformation started almost a decade ago and there was a vision to be accomplished. A decade ago, BSE was a proprietary driven architecture company having monolithic architecture which was considered to be good in those days. At that time, availability was the key criteria for a trading platform as we had only one market segment i.e the cash equity segment.

Could you share an example of a recent IT transformation which BSE underwent?

Traditionally, BSE used to work with a non-stop architecture. It was a completely monolithic architecture, and very expensive computers were required to run the stock exchange. They are called as proprietary technologies. The technology would not be available with multiple vendors. If you would buy a server from a particular company, you would have to buy the operating system and all the backup solutions from the same company, leading to vendor lock-in.

Although it was an old architecture, it was supposed to be a good architecture in those days. As the market scenario changed, we wanted availability as well as speed. The problem with the older technology was that it was not flexible and fast. BSE was giving a response time of 40 milliseconds at that point in time. So, we tuned the hardware and software, and we came to a level of 10 milliseconds. It was a good achievement. However, after that, we hit a roadblock and we could not go down beyond 10 milliseconds. We wanted to reduce it to less than one millisecond and that was our target at that point in time.

So, we re-architected the whole thing. BSE was the first exchange across the globe who could take this call of transforming its entire architecture from monolithic to completely open source architecture. Instead of having everything in one box, we split our architecture into smaller functions, which could run on simple infrastructure and simple hardware which are available in the market across any vendor. That opened up the competition and we could run our software on standard operating system.

We re-architected our whole infrastructure piece by piece and function by function. We first made the peripheral systems ready, and removed the entire load from the proprietary infrastructure to commodity infrastructure. That brought scale, efficiency and ease to the operations. At the same time, since all the functions were removed from the existing infrastructure, it had a lot of space for doing the trading part, which was our core business.

After a particular time, we even migrated our trading infrastructure to commodity infrastructure, and the entire trading platform was migrated to an open source system. On Friday, we shut down the old system and on Monday we were up with the new system. And the beauty was that there was not a single market impact even with all the market participants on the same day migrated. That was a major technology change which BSE did in 2013.

That was a starting point - the first leap of transformation. Since then we have come out of the proprietary stack of everything. Today, BSE is one of the largest open source users. We promote open source technologies and we use it in every field and in every application.

With the adoption of new technologies, trading is now getting democratized. What does this mean for a stock exchange?

For a stock exchange, it means that we have to work on the systems and be more agile and faster. We need to build our infrastructure to be able to handle the high volumes of transactions. The user expectation is that the platform should be able to handle any amount of load and in the stock market; the load and patterns are absolutely unpredictable. Your loads can sometimes go up by five times your average volume. In that case, all your calculations may go for a toss. So, you need to provision a system so that it can handle the peak of at least five times. The infrastructure must be resilient.

How do you see the future of capital markets and what is the future road map for BSE?

Going forward, stock exchanges will have to be very nimble, fast, and agile. They must be able to adopt newer technologies and invest in learning the new technologies to operate in an agile manner. The newer players don't have any baggage with them. However, for an institution like BSE, which is almost 148 years old, there is a legacy to live up to.

So, it is going to be a challenge. But given the teams we have at BSE and the capabilities we possess, I am very confident that we will definitely sail through in coming times with the newer technologies. In the last one decade we have been leading the pack, and in the next decade also we will continue to lead on the front of technology adoption.

IT services
Looking Beyond The COBRAPOST Sting What Should Banks Do?

IT services
It is A Bold Statement from IBM:The one system that will unite all the others