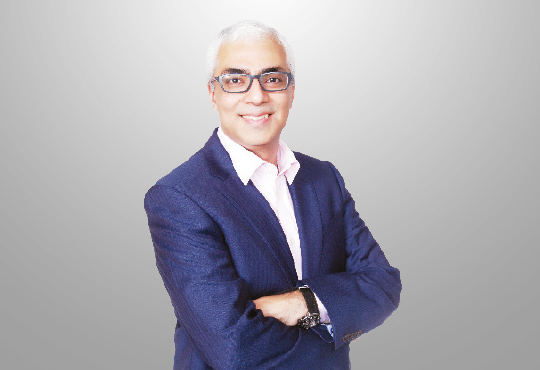 Founded in 2008, BankBazaar focuses on harnessing technology to deliver end-to-end paperless transactions which brings huge convenience to customers while helping support the environment.

Recently, Goldman Sachs reported that with 440 million millennials and 390million Gen Z-ers (those born after 2000), and with a per capita GDP of USD 1650 that compares with China in 2005, India is expected to fast-forward in terms of internet connectivity and e-commerce. Naturally, the growth of financial technology in India is expected to pair with the growth of internet users and ecommerce in India.

Let’s take a look at some developments that the banking sector is poised for.

Banking will be Paperless

Look at where the account opening process is today, and where it could be in the near future. Today, if you want to open a savings account, buy insurance, take a loan, or invest in a mutual fund, you need to set up a meeting with the bank or financial institution. You either go to the branch with your documents, or they visit you to collect the documents. This involves a cost in terms of time and money. In the future, you would be able to open your account instantly, paperlessly, and presence-lessly. You would be able do to do without sharing a single sheet of paper for your KYC, without having to meet a representative of the bank, and without having to wait several days to get your product in your hand. The delivery of service would be through your internet-connected smartphone. It would be what we call the Amazonification of finance, where a customer can instantly buy a financial product just as he shops on an e-commerce website.

Aadhaar, Cellphones will Play a Role

India has over one billion people who have an Aadhaar account, a cellphone, or both. Together, these two connectors reach where most government institutions and business services don’t. Therefore, they have huge implications in banking and finance. While Aadhaar has been criticized for concerns over privacy, its importance in the delivery of financial services is going to be huge. We’ve already seen the utility of Aadhaar in delivering welfare schemes and subsidies. We’re also expecting internet penetration to grow by leaps and bounds in India,doubling from the 2016 figures to nearly 700 million users by 2020. We’re expecting most Indian families to

be connected to high-speed internet with their smartphones, whose costs are coming down rapidly, to access government schemes and private services. More and more Indians will use the power of their Aadhaar and their internet-connected phones to authenticate themselves, to open accounts, and to ensure they get the delivery of services promised to them by the government.

e-Sign, e-KYC On The Rise

One of the big concerns with account opening in the offline route is the collection of signatures and documents. It is a costly process. In the age of Aadhaar, these processes can be routed digitally to save time and money. Aadhaar allows you to authenticate yourself and to sign documents electronically through an SMS OTP. Here’s how it works: you avail a financial service, whose provider initiates an OTP request via the Aadhaar servers. You receive the OTP on your Aadhaar-linked cellphone, authenticate yourself or ‘sign’ your documents, and complete the documentation process. Thus, you complete in seconds your KYC process which could normally take days in the offline world. As of today, you can open limited functionality savings and loan accounts using e-KYC. You can also e-Sign your documents via Aadhaar.

In the age of NPAs where several banks are evolving ways to deal with stressed assets, paperless banking will come as relief. We talk about presence-less banking where in a customer is able to authenticate himself without having a faceto- face meeting with the bank or financial institution. Is it safe? Yes, says the data. A paperless application will have a significantly lower chance of creating an NPA. Thanks to Aadhaar-based e-KYC, there’s little chance of documents being forged by a borrower.

How many times have you been harangued by the persons behind the desk reminding you that you’re short of this document or that, and have had to go back home to fetch those missing pieces of papers? This problem, too, would be history in a paperless set-up. With the Government of India pushing for paperless ecosystems, one of the inventions that’s come up is the DigiLocker – a secure tool for storing and consent-based sharing documents on the cloud. A DigiLocker account can be opened by anyone for free. Its free storage can be used to store documents such as Aadhaar, driving license, birth certificate, etc. and also be used to ‘pull’ documents from public and private institutions issuing documents. For example, you may be able to request a digital copy of your CBSE certificate via DigiLocker. This system would ease the sharing of documents, thus ending paper-based methods whose storage and processing involve significant costs to both customers and the industry.

It’s terribly tough to set up bank branches and ATMs in far-off geographies. In a country like India, there are always going to be deeper territories that need to be brought under the ambit of the formal finance sector. Now, with increasing internet penetration and Aadhaar connectivity, it would be much easier to deliver financial services via the internet. You’ll see more and more financial services providers increasing their digital footprints and customers will be relying lesser and lesser on brick and mortal branches. By the most optimistic evaluations, there are no more than 700 million Indians practicing some form of banking, be it through banks, financial institutions, or mobile payments. India’s unbanked population is significantly large and poor. But through the digital route, more and more of those people would access financial services which would make a difference to their lives. Opening a savings account would be the first step. They will learn to borrow from regulated lenders. They will insure themselves against death and disease. And they will learn to invest via mutual funds.

IT services
How to save big by automating your field sales reporting?