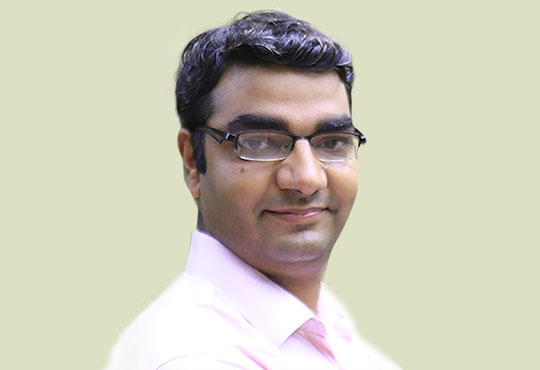 Absolute pandemoni­um among the masses in the country for a common cause has been instigated for over a month now. And, what has caused that?

Unless you have just woken up from a state of hibernation or cry­osleep, you must know what PM Narendra Modi’s announcement on Demonetization last month, did to the country (in a good way).

This almost instantly meant huge success for companies like PayTM and other mobile payment apps. Al­ready, e-wallets have observed an in­creased usage after Demonetization, along with an immense opportunity to increase customer base. Paytm has hit a record number of payment transactions at 5 million per day and will process over INR 24,000 crore, which is more than any other pay­ment network in the country. Paytm also claims that they have 1 mil­lion new saved cards, till two days after Demonetisation.

These numbers indeed speak volumes about a real shift in con­sumer behaviour in India, which had been taking its own sweet time to come to terms with mobile pay­ment and transactions. This state of affairs is most likely to remain the same with the country facing a se­vere cash crunch, and with the gov­ernment continuously pushing for cashless transactions.

The fact that the common Indi­an civilian is moving to mobile for cashless transactions, can be effort­lessly substantiated with concrete data released by Google this year. The tech behemoth says mobile data and data traffic have been observ­ing a huge upsurge in India, with consumers clearly moving towards higher data speeds - 245 million mo­bile data subscribers, out of which 145 million are on 3G, while 5 mil­lion are using 4G. Before you derive your conclusions, it should be stated that the speedy movement towards mobile as the primary source for a plethora of consumer transactions - is not restricted to Olas and PayTMs of the world.

The number of people who have mobiles is far greater than who have bank accounts and when demoneti­zation was announced, accessibility instantly became paramount. With 42.1 million branches trying to serve 1.3 billion people, people were forced to move to mobile wallets as the predominant source of transac­tion, due to ease and accessibility.

This trend has been over ob­served across industries such as e-retail, food delivery services, travel, and others.

The science behind the inclina­tion towards mobile is pretty simple to understand. Consumers want an all inclusive user experience on de­vices they spend their maximum time with - and that honour un­doubtedly goes to mobile, consider­ing the immense fast-paced lives we live. Further more, with rapid tech­nological innovation, mobile or the smartphone has been by far able to awe consumers with their unique user experience. Naturally, the cry for providing awesome customer experience on mobile has also in­creased over the years.

The time is now for enterprises to go full throttle with Uberisation, else a Pay TM or an Ola would easily dis­rupt them. At this point, you might be wondering - who in the right mind would make such a radical statement?

New - age brands have managed to up the ante in mobility disruption, mostly owing to the pristine mobile support experience offered on the apps and online interfaces, and it is high time enterprises also realise this.

According to MobiKwik, their travel partners like Lemontree, Makemytrip, IndiGo, and Yatra witnessed a surge of 300 percent in transactions via e-wallets along with Big Bazaar, Grofers, BigBasket etc, after demonetization.

A recent survey states that 95 percent of organizations agree that if they fail to embrace digital transfor­mation, they will lose to their com­petitors in the next few years.

Consequently, CIOs at enter­prises have their work cut out. Their most immediate challenge is to modernize customer experience on Mobile.

Hence, it has become highly im­portant for CIOs to provide great and consistent experience across mul­tiple channels like voice, email, chat, mobile, web, social - an all inclusive Omnichannel Experience. A survey by Forrester reveals that more than 58 percent of organizations are look­ing forward to improve their cross channel customer experience in the next year.

A recent McKinsey article also re­stated that CIOs must address chal­lenges related to cost, governance, and security for mobility’s full po­tential to be realised.

Initially, CIOs need to bring co­lossal changes in the mobile support experience of individual e-wallets of various banks. At present, mobile wallets of banks are scarcely present. Yes, we have HDFC Bank’s PayZ­app, and SBI’s Buddy, but let’s get this straight - their number of users is trifling, compared to established players in the market.

There after, CIOs need to join hands with a host of apps, to push their usage in the market - but then again, this is only possible when they are able to convince businesses with their exemplary user experience and design.

Black Money or No Black Mon­ey - this would definitely clean-up legacy in Customer Experience, and consumers are in for a whale of a time (Oh wait, this is surely Swachh Bharat Abhiyan at a different level)!

So, Mr. CIO - are you ready with your game plan?

IT services
Effectively Organize, Automate and Manage your Payroll Processes