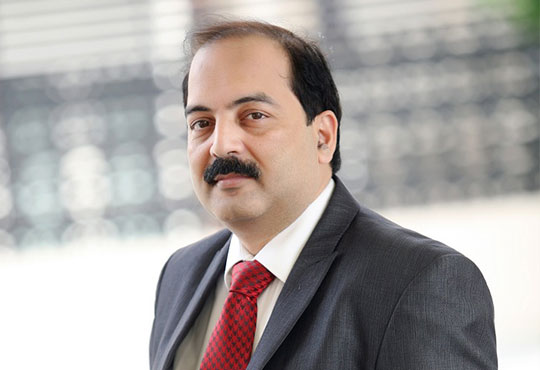 In today's era, the channels through which we in­teract with technology are becoming more complex, di­verse, and numerous than ever.  This mandates that the technology is built without a user interface (UI) and that it adapts to the channel through which it is served. noUI interfaces will increasingly drive companies to reimagine their application being served across interfaces which are traditional, new (eg: Facebook messenger) and pure data interfaces like sensors. As noUI starts becoming more mainstream, the following trends will emerge to drive the adoption and growth of this philosophy across the web, mobile, artificial intelligence and sensor applica­tion industry.

1.  The CTO’s agenda will start featuring noUI interfaces for building applications and this trend will increasingly grow in the coming years. “Our love affair with the digital interface is out of control. We’ve embraced it in the boardroom, the bed­room, and the bathroom,” remarks Golden Krishna in his book  “The Best Interface is No Interface.” Consum­ers globally are spending around 3 hours 15 minutes on interacting with digital interfaces. These numbers are on the rise, as businesses continue to create more innova­tive experiences to grab eye balls. Keeping this in mind, CTOs are increasingly going to build their applications with noUI interface as the experience methodology.

"Developers will have to learn new ways of defining, designing, developing, deploying and driving adoption of noUI"

2.  The development of noUI interfaces will take place with well-defined platforms and toolsets. As noUI interfaces become more pervasive, technology and engineering teams will need to use a new set of tools, platforms and methodologies to get their application development cracking. This will drive the platform providers to create new age solution of­ferings for this market including software development kits for developers, testing tool sets for testers, deploy­ment solutions for configuration managers and so on. According to our initial estimate, this itself will be a multibillion dollar opportunity.  And the players who move fast are the ones who will be able to define this market space and yield rich dividends as early movers.

3.  Developers will have to learn new ways of de­fining, designing, developing, deploying and driving adoption of noUI interface applications. noUI interfaces require a new way of imagining the ap­plication lifecycle. The traditional approach of creating experiences and then developing them will not hold wa­ter in the new era. For example, a healthcare company providing its services through a digital assistant deliv­ered over Whatsapp does not need any UI. However, it definitely needs to deliver an experience which is rich and consistent across all visual and non-visual interfaces. For this to happen, the processes and methodologies will have to be redefined keeping noUI interfaces as the central reference point.

4.  noUI interfaces will inspire the formation of an ecosystem of various people and roles to de­liver unprecedented adoption across the industry. For any development disruption to become main stream, it is necessary to have a vibrant ecosystem of various roles like developers, designers, architects, testers and thought leaders. For starters, we believe that noUI interface will become an industry accepted term just like noSQL! The community will then develop in forums like Stack Over­flow, GitHub and others, post which the ecosystem will gain critical mass and grow indefinitely with collabora­tion as the key underlying theme.

In summary, noUI interface opens up a host of ex­citing opportunities. The companies which are able to leverage this new philosophy faster will be able to make strides in the first wave of evolution of applications with no UI. In India alone, we estimate that the USD 120 billion IT sector will witness a growth of 5 to 10 percent from noUI opportunities in next 3 to 5 years. Exciting times are ahead indeed.